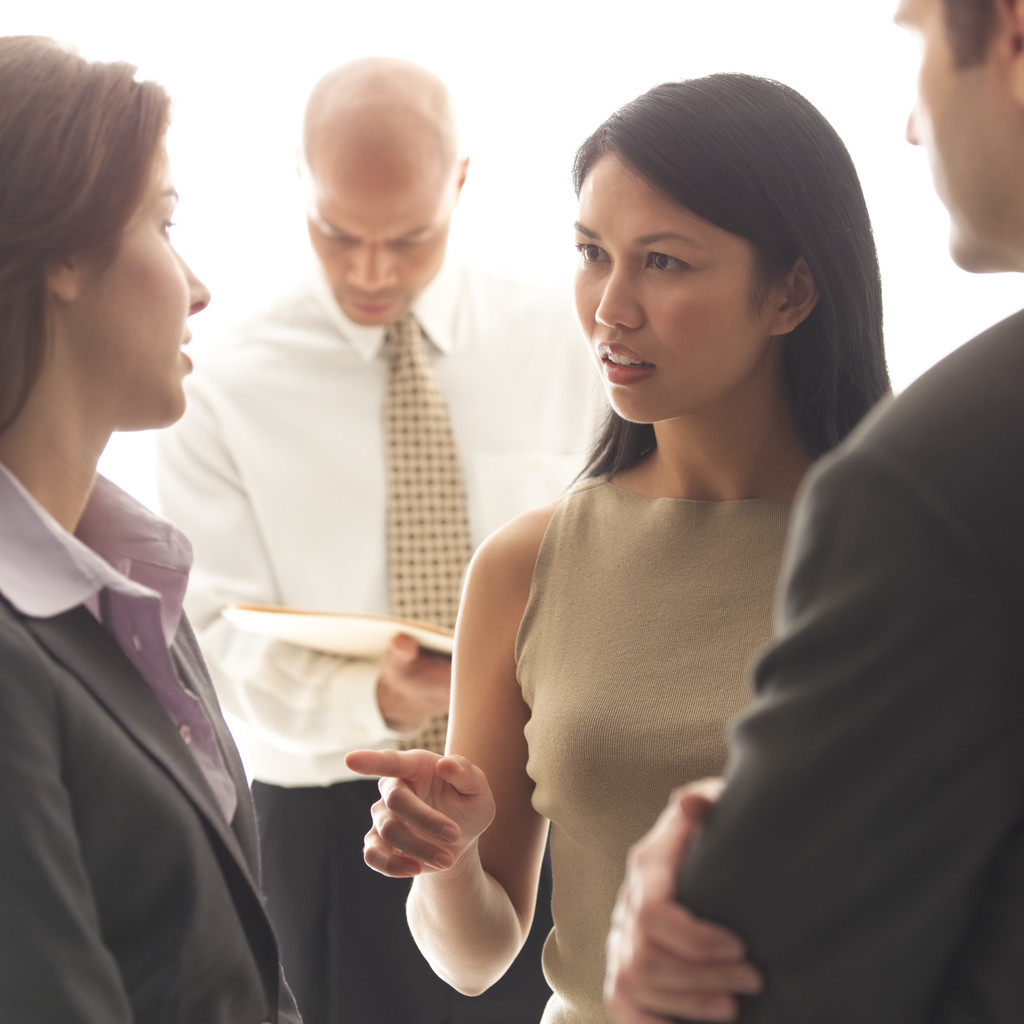 One day, an IT person came hobbling in the pharmacy with a cane. He explained to the staff that he had injured his ankle and joked how he old he was as he was using a cane. The joke was he was not that old. He was a handsome, young 35-year old man. Shortly after the joke, a pharmacist came in and blurted out, “Oh Steve, you have a cane! It’s so big- it’s like your third leg!” Oh my.

What do you think of that pharmacist? Even worse, how do you think Steve felt? This is an example of a light-hearted workplace banter gone awry. Unfortunately, this happens far too often. Employees spend a great deal of time working, discussing, and collaborating together. It is acceptable for social conversation to occur in the workplace. A problem occurs when employees do not respect the rules of social conversation in the workplace.

First rule: Think TWICE about what you say before you say it.

When you don’t follow the rule, some people call it “shooting from your hips” or “talking without a filter system”. Sound familiar? Has anyone accused you of such behavior? Don't be surprised if the answer is "yes"; this happens frequently when we don't pay attention to our comments.

One day, my best friend announced that she and her husband were ready to buy their brand new condo. The palatial 1,200 square-foot pad was priced at $490,000. Without a down payment, they were looking at fairly large monthly mortgage. She was worried about her finances so she decided to seek counsel from her boss. Her boss listened and assured her that her job was stable and the home would be a strong investment. She bought the house and for some unusual reason, she was getting more assignments and shorter deadlines. Why? Her boss smelled her desperation and knew that she needed the job no matter what. He piled more work on her, knowing that she would not quit. He saved lots of money because she was a salaried employee. Salaried employees were not allowed overtime pay. Eventually, the job did not last nor did the house.

What do you think of the boss? He was brilliant. He was an elderly man, who loved to dispense fatherly advice, to anyone who would listen. Underneath his facade was a business man. Work needed to be done in a timely manner but he wanted to avoid paying overtime. My friend did not have the financial means to buy the house and live comfortably. The boss advised otherwise because he knew that if she committed to a $5,000 a month mortgage, she would have to stay and work regardless.

Second rule: Do not discuss personal life matters at work.

It is difficult to hold back your tears and frustration from home. After all, home is where the heart is. Venting does help the troubled soul but keep in mind; you need to vent to your trusted family and friends not co-workers. However, it is imperative that for the next eight hours, you need to hold back and put on your “working hat”. Your co-workers and boss are not licensed therapists, lawyers or financial advisors. Venting to them will do more harm than good. They will listen and 1) gossip later about you, 2) give you poor advice, 3) take advantage of your situation or 4) frown on you for your indiscretion.

Tips for conversing in the workplace

How to Communicate with the Medical Team

Can a Pharmacy Student Criticize a Resident

Should you Socialize with Co-workers

Dr. Karine Wong has a 10 year history of working in hospital management and 2 years as a hospital pharmacist and outpatient pharmacist. She recently published a children's book called Don't Sit On Her.