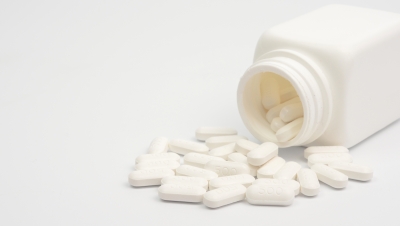 Basically, what this means is that over the past 50 years, there has been a movement in the direction of listening to patients when it comes to pain control. Patients can now evaluate, through patient satisfaction surveys, how their doctors are treating them. These evaluations may potentially influence how well the hospital will be reimbursed for the services provided by the particular physician, which may influence how the physician alters their practice at a given institution. It is possible that physicians that deny requests for opiate pain medications may not receive positive ratings.

Similarly, over the past 30 years approximately:

As we can see, although opioid management for severe acute pain is often beneficial, the effectiveness of long-term opioids for chronic non-cancer-related pain is controversial and may have significant negative effects on individuals and society.

As of today, opiate analgesics continue to be the “go-to” treatment for moderate to severe pain, particularly for those with chronic, painful conditions.

As we know, opiate medications work quite well for short-term acute situations such as postoperative pain control; however, when needed for long term therapy, patients may sometimes have difficulty maintaining clinical efficacy due to the development of tolerance. Tolerance is defined as a state in which exposure to a specific medication induces changes that result in a decrease of the drug’s effects over time. Tolerances is exhibited by the need to increase the dosage of opiate medication over time in order to maintain a comparable level of pain relief.

It is important to recognize that the tolerance (i.e., increase in pain medication) is not in conjunction with a corresponding progression of the disease state.

Currently, two separate theories have evolved as to the possible development of opioid tolerance.

This, my friends, involves a series of complex intracellular mechanisms and upon review; it is found that much is still left to be learned about this process. Activation of the opiate receptors leads to further activation of specific proteins which then decrease excitability of the membranes in the pain pathways. After a variable amount of time, the receptors become desensitized to activation and therefore are unable to activate the proteins which decrease the excitability of the pain pathways.

Down-Regulation of the opiate receptor:

Each cell membrane has a certain number of opiate receptors. When a receptor is down-regulated, it is drawn into the cell with a membrane closing around the receptor. Once inside the cell, it can no longer function and is effectively down-regulated. Down-regulation is an example of a cell’s negative feedback mechanism. This is survival technique that cells deploy in order to cope with an escalating level of molecular bombardment. As the opiate dose increases, there will be fewer and fewer receptors to stimulate and therefore the medication becomes less effective.

Conversely, when this molecular bombardment is removed, the cells will slowly again increase the number of receptors available for stimulation. As the opiates are decreased, the receptors available for stimulation are increased and this may lead to cravings or withdrawal symptoms. It is possible that this receptor up-regulation and down-regulation may vary in time from minutes to weeks and possibly even months. Again, this is new research and there is much to be studied and learned.

Here, it is important to mention different strategies which may help decrease the potential for opiate tolerance development such as:

Clinically, it is critical to monitor all chronic opiate patients for potential tolerance related issues. Tolerance should be suspected whenever the opiate dose is escalated to maintain the same level of pain control, without any concurrent progression of the defined disease. Take the time to understand that increasing the dose of opiate therapy is not always the answer, and quite often may lead to significant negative effects on the patient and their family.

Whenever possible, explore the option of implementing non-narcotic medication and non-medication alternatives. Remember, providing an opioid-sparing treatment plan for a patient’s pain control is currently the most reliable alternative to decreasing the potential for development of opiate tolerance.

Steve Leuck, Pharm.D., is President/Owner of AudibleRx. AudibleRx provides OBRA 90 based Medication Specific Counseling Sessions in digital audio format. Both individual and group memberships are available. Dr. Leuck also works full time as a community pharmacist in a clinic setting where he practices his counseling on a daily basis.