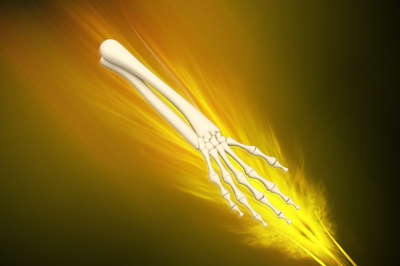 In the early 2000s, clinical trials showed promising results for adalimumab in the treatment of rheumatoid arthritis. Since infliximab is administered as an intravenous infusion and etanercept is a twice a week subcutaneous injection, adalimumab had an advantage due to its longer half life and administration once every two weeks. This  is more convenient for patients.

Clinical trials data showed that adalimumab is as safe and effective as etanercept and infliximab for treatment of rheumatoid arthritis. With similar cost, a comparable safety and efficacy profile and better convenience in drug administration, adalimumab became a viable competitor to existing therapies. The FDA approval in 2002 for rheumatoid arthritis was followed by several more indications. Humira became the world’s top selling drug in 2012 with about 9.3 billion dollars of profit during that year. With Humira’s patent expiring in 2016, a new door of opportunities could open to new drug innovations and specifically the possibility of oral TNF inhibitors that could replace Humira’s place as number one in the market.

What is Humira’s Mechanism of Action

Adalimumab is a recombinant monoclonal antibody (man made protein) that binds to TNF-alpha and prevents it from binding to its receptor. This prevents inflammatory processes from occurring, reducing the symptoms and progression of inflammatory diseases such as arthritis, psoriasis, Crohn's disease, ulcerative colitis and ankylosing spondylitis.

What are Humira’s Indications

Humira is FDA approved for reducing signs and symptoms, inhibiting structural damage, and reducing progression of moderate to severe rheumatoid Arthritis. Humira is a disease modifying anti-rheumatic drug (DMARD). A systematic review in 2008 of non-biologic and biologic DMARDs for the treatment of rheumatoid arthritis concluded that monotherapy with anti-TNF agents was as effective as methotrexate monotherapy. Combining methotrexate with an anti-TNF agent was more efficacious than monotherapy with either agent. Reduction in disease activity and slowing of radiographic progression were noted with combination therapy.

Humira is FDA approved for reducing the signs and symptoms of ankylosing spondylitis. The efficacy of Humira for treatment of ankylosing spondylitis was established in several clinical trials. Compared to placebo, Humira showed improvements in disease outcomes based on physicians and patient assessments. In addition, Humira showed a good safety profile and an improvement in patients’ quality of life.

Adalimumab is FDA approved to reduce the signs and symptoms of Crohn's disease, and to induce and maintain remission in those who failed conventional therapy or infliximab. TNF-alpha therapy is initiated in patients who fail or do not tolerate glucocorticoids and or immunosuppressive drugs, or in those who have failed treatment with glucocorticoids and are unable to wait for the effects of methotrexate or azathioprine.

No randomized trials have compared the efficacy of different anti-TNF agents in the treatment of Crohn's Disease. Choosing an anti-TNF agent is based on availability and patient’s preference to use subcutaneous injections (e.g., adalimumab, certolizumab) versus intravenous administration (e.g., infliximab).

Humira is FDA approved to induce and maintain remission in patients with moderate to severe active ulcerative colitis who did not have an adequate response to immunosuppressants. The FDA approval was based on two clinical trials, ULTRA 1 and ULTRA 2. In both trials, Humira was more effective in inducing and maintaining remission than the placebo.

The most common side effects associated with Humira are injection site reactions (8-20%), headache (12%), sinusitis (11%), upper respiratory infection (7%), and development of adalimumab antibodies.

Warnings and Precautions for Humira

Humira may cause hypersensitivity reactions including anaphylaxis. It may cause worsening or development of heart failure. Therefore, it should be used with caution in patients with a history of heart failure or those with diminished left ventricular function

Adalimumab lowers the ability of the immune system to fight infections and this may cause serious infections such as tuberculosis, bacterial, viral and fungal infections. These infections may lead to hospitalization and death. Humira also increases the chance of cancers such as lymphomas and skin cancer.

Combining tacrolimus, sirolimus, and cyclosporine with Humira results in decreased concentration of these drugs.

Giving live vaccines to people taking Humira results in a higher risk of secondary infection from the vaccine.

Humira is supplied as single use prefilled pen, glass syringe, and glass vial. The usual dose of Humira for rheumatoid arthritis is 40 mg every other week. The average wholesale price (AWP) for the 2 doses per month is $3,240.38.